It was twenty years ago, today. I was sitting in the Sale of the Century contestants' dressing room, one of many opening off a narrow corridor, waiting for shooting to start. Five episodes, a whole week's worth, were due to be shot that day, in Monday-to-Friday order one after the other, with just a brief interlude for costume and set changes in between.
The other contestants had all gone off on the introductory tour of the studio. I was sitting watching daytime television. As this was taking place at Channel Nine's Richmond studios, it kinda figured that there was only one channel available. I was leaning back in my chair with my back to the dressing room door when I heard a long, languid sigh from the open doorway behind me. 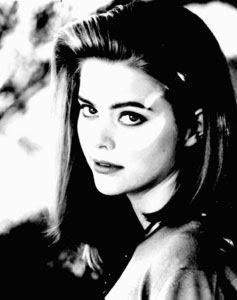 "This is sooo boring."

I turned around and it was Sophie Lee, then host of the linking segments between Bugs Bunny cartoons shown during kids' viewing time. The joke around at the time was that as much as the cartoons had universal appeal, Sophie had her own male-dominated fan-base too, and was dressed to keep them interested. 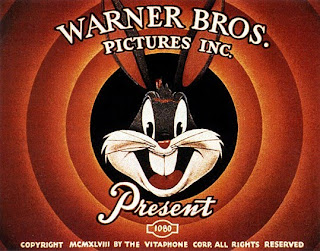 "What are you here for?"

"Oh, I'm one of the contestants on Sale of the Century today."
"Well, why aren't you taking the tour with the rest of them?"

"Ohhhh, so you're the champ," she said, one eyebrow arched rather, um, archly.
"Yes, well," I stammered, "I - I had a bit of luck during the final episode last week and..."
But she'd already turned around and walked away.
We're still in contact though.
Posted by Lad Litter at 11:41

And how many sessions of SATC did you win? I went on in 1997 and was a deer caught in the headlights and too slow on the buzzer....

OMG, I just worked out how old she is now. As Kath said, you are not, are you?

KL:
No Kath, I'm not still in contact with Sophie Lee. Not a bad punch line, though. I was on for six episodes and then when I went back for the Champ of Champs, I was the deer in the headlights!

Andrew:
No longer the ingenue but I think she's a terrific actress. I saw her band, The Freaked Out Flower Children once. Some nice flute playing from Sophie on a setlist of great songs from the psychedelic era, particularly Eric Burdon's Spill The Wine.

Grammar schools force every kid to learn flute. She must have been having a bad day.
Good on you Lad and Kath for getting a piece of Ch 9 though.
I wonder how many other bloggers are SOTC Alumni?
I am though, very disappointed for you that it wasn't the delectable Ms Lee's headlights you were caught in.

Memory, memory, where art thou memory?
I can't remember how Sale worked or who hosted it, total blank. Damn Alzheimer's!

oh Copperwitch that's terrible.
You don't remember Tony Barber (not the Puggles/Aztecs one) BOUNCING onto the set? You don't recall the Glory Days of Delvene Delaney as supporting gorgeousness?
My friend Berys was on Sale yonks back and won 2 Rolex watches, Limoges, cutlery, and a four-poster iron bed, before she failed 'Who is the Head Of State of New Guinea?
Very strangely, as she had just played the role of Queen Mother in Crown Matrimonial at the Athenaeum in Melbourne, she said Michael Somare instead of Her Maj!

M-S:
There's been a few people go through the studio, that's for sure. I've seen Sophie Lee in a couple of TV shows since then and she's always been very good.

Jahteh:
I think I can explain Sale to you: Bob used to always start the show with a jovial "Howdy Customers!" and then Dolly would describe the prizes. They'd just have the odd question between commercials.

F-G:
Haha! I got the Tony Barbers mixed up and caused a few chuckles! And the Rons Casey and the Bills Collins.

Your friend Berys did very well - that was a particularly tricky question she bombed out on.

Miz Dolly Dyer of Tennessee was the prototype, the mould, the matrix of girly hostesses:
"Well Ba-arb, tonight's contestants will take home this beautiful tray from RanleighWare, and a gorgeous brooch from The House Of Hawke".

"Thank you Dolly, and viewers - When you pull in to your BP Service Station, don't forget to tell them Bob sent you! Happy Motoring everybody!"

My old man was on SOTC, won a microwave and some other stuff.

Phil:
You're dad did well - there're plenty who just come away with a diamond set memento SOTC pin.