All that came out of that envelope was a single sheet of paper. No colour-coded reams, like the other guys were sifting through. I wondered what the hell was going on, so I started reading. It was a terse, badly typed standard letter that went something like this:

Your son Lad (again with the biro) will not be offered a place in Form Five for 1976. His behaviour and attitude during the course of this year have not met the standards we require at Cheap and Rundown Inner City Catholic Boys College.

I will be available by appointment should you wish to discuss this. However, this decision has been made after careful consideration, and the school is convinced that Lad would be best advised to seek educational opportunities elsewhere. 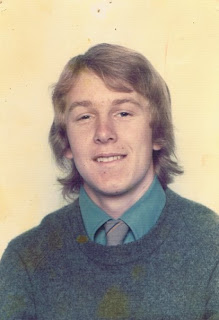 As you can no doubt imagine, there was a fair bit going through my mind once I'd got to the bottom of the page.﻿ My school life was flashing in front of me and I was starting to overdose on the dread of what my parents might say and do. Not a spare thought for how my parents might feel, mind you, just how I'd cope with their reaction. Any sensitivity I had was solely concentrated on my own feelings. There wasn't so much as a skerrick of room for concern about what it might mean to anyone else.

What to do? Go home. Slowly. Try to delay the inevitable for as long as possible. I can't recall speaking to anyone on the way out the door but as I entered the bluestone lane leading away from the school there were two classmates of mine lounging against the paling back fences, smoking and looking worried.

Turns out they'd both been handed thin envelopes too. These guys weren't particular friends of mine but the collective sympathy was what we all needed. We smoked and talked briefly out of long, ashen faces about our questionable futures. One of them thought he might cop a physical battering once his old man got the news. At least I was going to be spared that. We went our separate ways at the end of the lane and I headed off to the bus stop at the corner of Rathdowne and Park Sts in North Carlton.

I was quite relieved to see Elizabeth on the later bus that evening, although she didn't detect anything like relief in my demeanour.

"Are you alright? You look really pale."

I told her about the letter and how I didn't care about getting flicked from school, but felt pretty apprehensive about how my folks' would take the news. She went to a local Catholic girls' school - and seemingly without any effort at all made their frumpy uniform exceed its design specifications by a long way - but it was her genuine concern that really brightened things up for me.

"So why did they kick you out?"

I tried to explain how I hadn't done anything really bad, but had a poor attitude and had made no effort to improve in any way. Tried to slip in the growing feeling that I might have been a bit hard done by, but that my folks would never believe that.

She thought it sounded plausible and urged me to just tell mum and dad the truth and they'd understand. I don't know if she ever realized how much she helped.

I had a short walk from the bus stop to our Ascot Vale home and I'd resolved to follow Elizabeth's advice and hope for the best.