Introduction:
Long-time readers of this blog will know that I'm an ex-teacher. I now work at the office of the Victorian state authority in charge of regulating the teaching profession. It's not a bad spot.Teachers have to pay $70 per year to be registered so to say we're about as popular as a Jap on ANZAC Day with some of our constituents is putting it mildly. 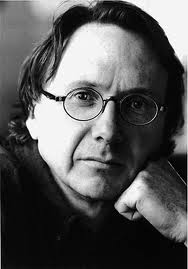 Every so often, staff organize lunchtime seminars on topics of general interest. A guest speaker will come in and talk and answer quesions for about 45 minutes. They've all been very entertaining. At one of these lunchtime seminars earlier this year, the guest speaker was writer Shane Maloney. He's published quite a bit of crime fiction and it's very good. He told us that he'd been influenced by writers like Hammett, and Chandler and Peter Corris in building a distinctive style that was of 's milieu, and he's right, you do get that feeling from his books.