Alright, maybe it is about me a little bit. I'd reserved the TV and imposed a complete ban on ambient sound for the 1995 worldwide debut of the television documentary series The Beatles Anthology. We had just the two boys back then: a toddler and a newborn who, bless their little hearts, agreed to go off to bed early over the three nights of the Beatles Anthology's screening so as not to cause any distractions. Panadol may have been administered, but only under the strictest supervision. 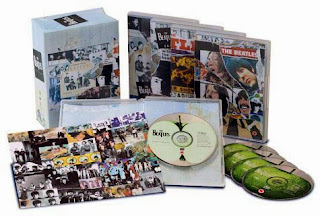 It was a great documentary on the Fab Four, exhaustively put together, including song clips in their entirety. And the DVD-box set which I now own contains even more material, so it's as comprehensive a history as you can get.

However, the 3 x 2CD simultaneous release sets that make up the Beatles Anthology's audio component take a slightly different path: they're pitched more as an alternative history of the Beatles' recordings. Maybe it does make me a trainspotting kind of enthusiast, but I think there are some terrific inclusions across those three sets, Anthology 1; Anthology 2; and Anthology 3.

All together, the Anthologies contain delightful demo recordings of early live standards like That'll Be The Day, Three Cool Cats and Besame Mucho. And interspersed throughout are prototypical versions of songs that sound intriguingly different from their final releases, such as I'll Be Back in 3/4 time, an up-tempo O Bla Di O Bla Da and an acoustic While My Guitar Gently Weeps, to name just a few. There are also several sparkling live performances, including The Beatles' appearance at the Royal Command Variety Performance of 1964.

You do have to be something of a devotee to be into the Beatles Anthology but it is very illuminating and good listening. Which set me wondering.

Would it be possible to compile an equivalent collection for The Rolling Stones during the same period as that covered by The Beatles Anthology? Maybe it would. Certainly, there are numerous compilations and US versions of Stones albums that offer B-sides or unreleased recordings from the Decca years between 1963 and 1969. And if I could find some live recordings and then throw in a few unheralded album tracks as well, it might just fit together nicely. 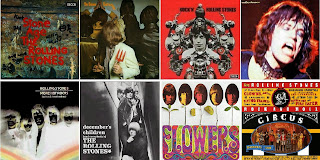 But where to source them all from? I have quite a few CD releases for the Stones and could make up the differences from LP conversions. Live recordings might get a bit tricky. The only contemporaneous live material released during that 1963-69 period was the execrable US LP Got Live If You Want It! (1966) and three live tracks filling out the studio albums Out of Our Heads (1965) and December's Children (1965). And the 1996 release of Rock and Roll Circus, a TV special they produced in 1968. Luckily for me, our good friends at YouTube were able to do more than just help out.

As it happens, pretty much everything the Stones ever released in one form or another is up on YouTube. And there are more than a few live TV and concert performances uploaded as well. That's all very well, you say, but how could I convert those clips into sound files to make The Rolling Stones Anthology? Fortunately, the newborn who was bundled off to bed so hurriedly before the screening of The Beatles Anthology in 1995 is now 18 and told me of a website where you can paste the URL from a YouTube clip and convert it into a downloadable MP3 file. 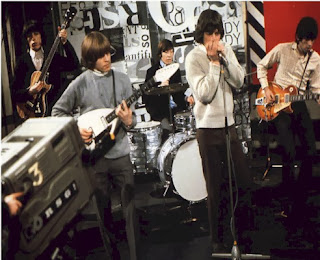 Okay, technical problems solved. But do the Stones have enough sidelined material sufficiently available to make a Rolling Stones Anthology any good? I've got to be honest with you - I had my doubts. But that qualitative question wasn't going to be answered until the whole thing was put together and could be listened to as a complete collection.

And I experienced quite a few revelations as I worked my way through what became a huge number of songs. So I had to set some ground rules. With many more songs than I'd anticipated, there was no need for album tracks at all. So no songs previously on Australian-released studio albums would feature. I had to assume that the target audience for this collection would already be on top of all of that material.

It's easy to forget these days that The Stones' intention in the beginning was to play blues and RandB to please themselves and a select few devotees. They were almost evangelical about it. So the early recordings are dominated by blues and RandB songs. Or songs that they've injected a bluesy feel into. 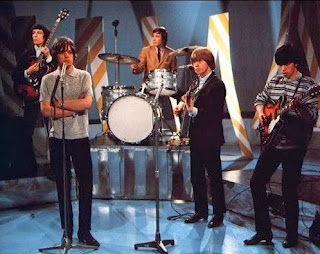 And then the early live performances turned out to be of a surprisingly good standard. Most of you would be aware that the Stones' live reputation is patchy at best, particularly pre-Mick Taylor, so this was a bonus.

You'll probably also appreciate the chance to hear Bill Wyman's bass playing achieve a rare prominence on quite a few of the early tracks, and many of the songs from that 1963-64 period feature Brian Jones on backing vocals instead of Keith Richard.

The split-up between the sources for the collection is as follows:
1) B-sides and compilations of unreleased songs;
2) Live performances;
3) Studio outtakes;
4) Early demo versions.

Genuinely unreleased material is limited as, let's face it, the Stones previous managements did their best to exploit any stuff that had been left lying around. And I should stress, this is by no means exhaustive. Plenty of tunes didn't make the cut.

Anyway, here is the track listing, with a link to the YouTube clip in a few instances and some brief notes on each song. Let me know what you think. 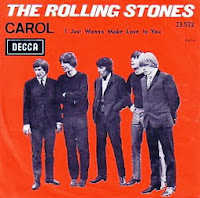 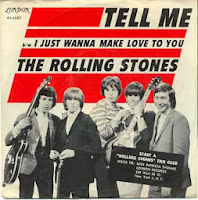 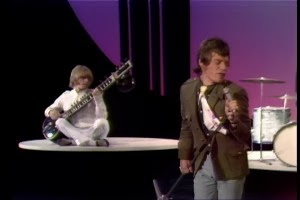 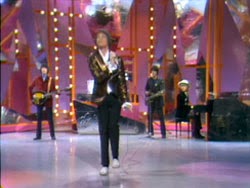 49.           Let's Spend Some Time Together Live US TV Feb 67
The infamous Ed Sullivan Show appearance where they changed the lyrics so as not to offend. Only the vocals are live.
50.           Interview Brian Jones Monterey Jun 1967
Brian discusses future directions for the Stones while holding court at the Monterey Pop Festival.
51.          The Last Time – The Who Jul 1967
Not a Stone in sight here. The Who would rush-release this and Under My Thumb as a gesture of solidarity for the Stones during their 1967 drug bust cause celebre.
52.          We Love You Instrumental Demo Aug 1967
An early version of the single designed to be a thank you to loyal fans during the drug bust cause celebre.
53.          Citadel Instrumental Demo Aug 1967
Early demo of the underrated album track from Their Satanic Majesties' Request.
54.          Interview Brian Jones London Jan 1968
Brian opens up about Their Satanic Majesties Request.
55.          Jumping Jack Flash Live In Studio 1968
Great performance of their new hit. The only time the original studio intro was played on a live rendition.
56.          Child of the Moon 1968
Atmospheric B-side of Jumping Jack Flash.
57.          Family Outtake1968 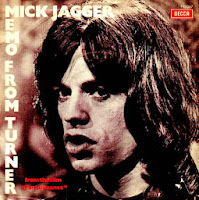 That's enough material to make The Rolling Stones Anthology a 4-CD set. Now, what to do about the packaging?
Posted by Lad Litter at 23:09

Thanks LL - just reading that list was a gas, and all of that is precisely why they are the greatest band.
Now that they are the age that their heroes were in 1963 I wonder if they wish they could stop arena tours and just sit on stools in clubs and play with less action and more feeling - like Old Blues Guys are supposed to do.

AOD:
Thanks for the encouragement. I knew you'd understand. I was very pleasantly surprised by how well it all hung together. This will sit very nicely next to The Beatles Anthology, and possibly even have less dross scattered throughout, something I wouldn't have thought possible.

And as you've pointed out, stadium-fatigue is probably why I regard Stripped, with its small-venue feel, as their best live album.