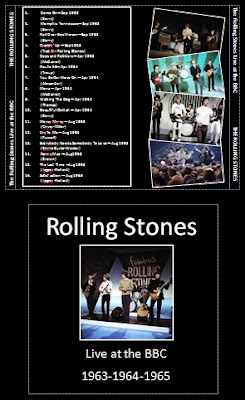 Oh dear. I seem to have become something of a bootlegger. I didn't mean for things to turn out this way.

You might recall a recent post of mine about using YouTube to track down clips of little-known Rolling Stones songs and unreleased live performances. These were then converted into MP3 audio files to enable the compilation of what I called The Rolling Stones Anthology.

The last song I added to the collection was a great live version of Satisfaction, filmed during a 1965 appearance on the US TV show Shindig! This clip really showcased the Stones at their very best and even featured Brian Jones blowing some harp during the last verse.

However, a couple of then-contentious lines from the song were edited out: "I can't get no-oh, girl re-AC-tion", and "tryin' to make some girl". Considering the quality of this particular Stones live performance, it's quite a tragedy.

Undaunted, I wondered if there might be an uncensored version of that clip floating around somewhere else out on YouTube so I typed Rolling Stones Satisfaction 1965 into the search box and hoped for the best. Alas, there was no other version of that Shindig! clip. But I did stumble across another live rendition of Satisfaction of similar performance quality that would enable a very nice spin-off of the anthology project. 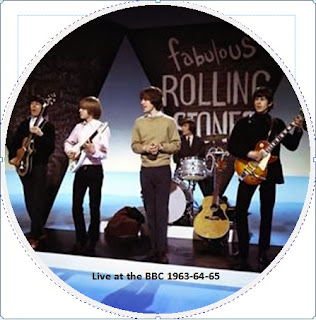 This particular sound clip was from a BBC Saturday Club radio program. You could have knocked me over with a feather. I had spent years believing that The Rolling Stones never appeared live on the BBC like so many of their contemporaries (The Beatles; The Kinks; The Who; The Small Faces; Cream; The Jimi Hendrix Experience; and Led Zeppelin) because they'd failed their audition! And that's why there wasn't an album release of the Stones live at the BBC.

I do love it when urban myths are blown away. Encouraged to press on, a further search produced another 16 songs, broadcast during several BBC Saturday Club and Top Gear appearances.

Overall, the sound quality is on a par with other BBC Sessions recordings that I've heard. Meaning it varies a bit, but is a lot better than the bootlegs I used to purchase unwarily back in the 1970s. And really, this variability is more than compensated for by the performance quality put out by the Stones. They really did turn it on for the Beeb.

The other major revelation concerns the set-list: 6 songs that I had no idea the Rolling Stones had ever performed or recorded (Memphis Tennessee; Roll Over Beethoven; Crackin' Up; Cops and Robbers; Beautiful Delilah; and Fannie Mae), and three that I didn't know had ever formed part of their live act (Come On; 2120 South Michigan Avenue; and Walking The Dog).

So why isn't this stuff available? Well, it's difficult to even speculate but one reason could be that the Stones have somehow acquired the rights and are sitting on the material for a future blockbuster release. As they did with Rock and Roll Circus and Ladies and Gentlemen the Rolling Stones and as they're currently doing with 25 x 5 and the film version of Stripped, neither of which have ever been released on DVD. Or if the BBC still has sole rights, they might be waiting for a significant anniversary, although most of the Rolling Stones' significant beginnings have recently celebrated 50 years. Staying with the rights issue for the moment, the BBC might have joint custody, as it were, and are unable to successfully negotiate release arrangements. It all ends with a Spanish-style shrug - quien sabe?

I could amaze you with the stuff I don't know, truly. But here is the track listing for the latest personal-use-only CD to join my collection, Rolling Stones Live at the BBC. 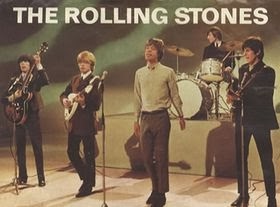 Love all the early buesy Stones stuff.
In Melbourne in 1964 there was a Blues Appreciation Society so the Muddy Waters and Bo Diddley (aka McKinley Morganfield, Ellas McDaniel, and songs that the Stones recorded, were familiar from the original artists that Brian 'Elmo Lewis' Jones loved - the Stone famously agreeing to appear on some US music show only if Howling Wolf was also on the bill.
The BBC - the failed audition obviously had the wrong criteria. The BBC not known for conscious wise decisions, I still have not forgiven them for wiping all the Pete n Dud tapes.

Thanks MS – that Howlin’ Wolf clip is from Shindig! And is shown in full on the doco 25 x 5.

I still think it’s extraordinary that England (and Australia, as you’ve correctly pointed out) was so blues-soaked. But I’m grateful, eternally so.