The Beatles: The Beatles
This is an album I'd heard so much about before I'd actually listened to it for the first time back in 1975, that even my callow 16-year old self was worried the build-up might destroy any hope of this two-record set meeting expectations. That was a bit silly.

I was already thinking it was the best album I'd ever heard even before side one was finished. Sure, there was a little dross to come, but the album as a whole was just irresistible. Even now, I try to imagine what it would have been like hearing it upon its initial release in November 1968. 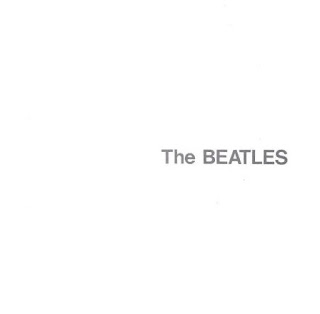 Although it is usually referred to as The White Album, this double-LP is actually eponymous, its plain cover the only sleeve of a Beatles studio album to not feature a depiction of the group on the front. But iconic individual portraits of the Fab Four by John Kelly are included as part of the packaging in a way that's particularly apposite. 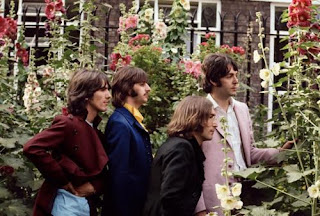 You see, the album's recording sessions were characterized by the Beatles bringing their various compositions to the studio almost fully formed. So the remaining three Beatles would effectively be the backing band for whoever composed each song. 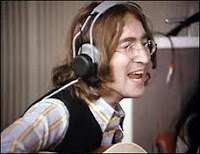 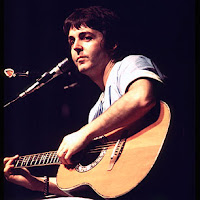 These sessions provided the backdrop for growing friction, culminating in Ringo abruptly leaving the group for two weeks before reappearing in the studio. That's why it's Paul McCartney playing drums on Back in the USSR and Dear Prudence 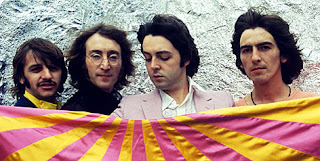 Much of the song composition occurred during the Beatles' Indian sojourn in Rishikesh to learn Transcendental Meditation at the ashram of Maharishi Mahesh Yogi. 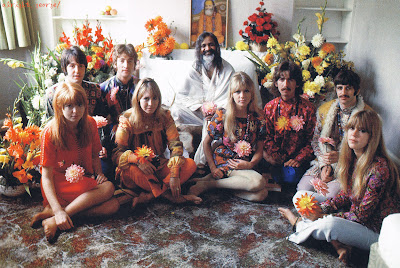 This highly publicized retreat would prove a very fertile inspiration for the Beatles. Opening side one is Back in the USSR, Paul McCartney's lyrical Chuck Berry homage, replete with Beach Boys-style vocals and references to girls in Soviet locations, thanks to a suggestion from fellow ashramite Mike Love. A great rock song and very witty, McCartney at his best.

Dear Prudence was Lennon dreamily pleading with Prudence Farrow, Mia's sister, to take a break from meditating. You've got to credit its ringing emphasis on the major third, a rarity in rock (and cheerio to anyone who remembers the great cover version by Doug Parkinson In Focus that charted in Australia in 1969). Lennon's self-referential Glass Onion contains great guitar playing from Lennon himself. And come on, McCartney's reggae inspired O Bla Di O Bla Da is still a good song, despite everyone you know hating it. By the way, the Desmond referred to is Desmond Dekker, whose 1968 hit The Israelites was the first reggae song to reach the charts. And just as an aside, don't be afraid to check out the alternate version on the Beatles' Anthology 1, which is played at a faster tempo and with a heavier acoustic guitar presence.

George Harrison's best-ever song, While My Guitar Gently Weeps is his warm and heartfelt tribute to their late manager, Brian Epstein. Harrison's best mate Eric Clapton plays the guitar part everyone loves so much and it was his presence in the studio that helped alleviate the tension, as the Beatles were on their best behaviour for their illustrious guest. Closing out side one is Happiness Is A Warm Gun, inspired by the cover of a US gun magazine, might be whimsical, but Lennon could do whimsy and nail it.

Side two contains McCartney's Bach-inspired acoustic ballad Blackbird, like many other McCartney songs in that it is inexplicably simple to play despite sounding quite complex. And beautiful. Another inspiration from the ashram is Ringo's first composition, the organ-driven Don't Pass Me By, but the side closes with a song of Lennon's poignant yearning for his late mother, Julia - and using a guitar-picking style he learned from Donovan.

Standout tracks on side three begin with Lennon's Yer Blues, a challenge to himself to see if he could write an authentic blues song. The performance of this number with the Dirty Mac ensemble (Lennon; Clapton; Keith Richard on bass and Mitch Mitchell) is the highlight of the Rolling Stones' Rock 'n' Roll Circus TV special. McCartney's Mother Nature's Son is a lovely, wistful ballad that serves as a companion piece to his earlier Blackbird, while the sardonic Sexy Sadie expresses Lennon's disaffection with the Maharishi, and explains Lennon's abrupt departure from the Ashram.

Both Hey Jude and Revolution were recorded during the white album's sessions but as was common during the 1960s, they were released as a double-A sided single two months before the album hit the shops. 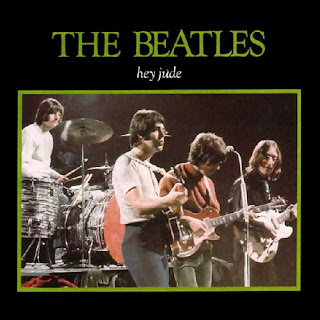 Hey Jude started life as Hey Jules, a tune Paul McCartney sang to himself in the car on the way to comfort John Lennon's son Julian, after Lennon had left the family home to be with Yoko Ono. Jude fitted better, hence the change. The Beatles' biggest-selling single was a risky venture, running in excess of seven minutes and with a very lengthy fade-out. But with its intertwining, almost hymn-like melody, subtle harmonies and anthemic denouement, it was certainly a moving piece that still tugs at the heart-strings no matter how often cynics dismiss it as wallpaper.

Beatles apparatchik Peter Brown in his memoir The Love You Make (1983), describes how Lennon and some companions daubed the title on the front windows of the Apple Boutique in Marylebone, not realizing the sensitivities of local Jewish shop-keepers, who concluded there was an anti-semitic point being made.

This clip features the song's public debut on a 1968 episode of The David Frost Show.

Revolution was a re-recorded, more chart-friendly version of the loping Revolution 1 from side four of the album. It's faster, very heavy on the fuzztone and vindicates the decision to re-record it for the single release. The lyrics point to Lennon's caution and ambivalence towards various protest and revolutionary movements gaining momentum in 1968.


The guitar sound might be dated, even for 1968, but the sentiments and feel of the song are not. And Revolution proved the Beatles could produce a fine example of the emerging contemporary hard rock sound.

So Which Tracks Would Miss Out?

Okay, there's a little editing to be done here. Hey Jude clocks in at 7:11 and Revolution at 3:21. The album's running time is 93min 35s, which is already 3:35 over my arbitrary 45 min per LP limit, and making it one of the rare double albums that actually contains MORE than two records' worth (talkin' 'bout you, Basement Tapes [76:41] and Electric Ladyland [75:41])

Excising the expressionistic soundscape Revolution 9, at 8:22 and the string-soaked Ringo-led lullaby Goodnight at 3:13 (apparently no other Beatles play on it! Really, you could have knocked me over with a feather). This makes plenty of room to fit them both in. It's a shame, but not a tragedy. I feel the album suffers only a smidgin from their loss and makes Cry Baby Cry, a personal favourite, a winning album closer.
Posted by Lad Litter at 21:00

Most Beatle compositions have aged like fine wines.
maybe not:
oh Eric you'll have to have them all pulled out after The Savoy Truffle.

Junkies crave sweets and their teeth just give up. What a great idea for a song.

Tonight ABCTV repeated the doco on NYC snapper Bob Gruen who was close to John & Yoko. I didn't watch, as it was easier to just put his name in Image Search.

Lovely to hear from you as always, Marshall Stacks. You know that what you eat, you are...