I don't mind memes too much. Our own take on a defined set of questions. Variations on a theme, something I've always found fascinating in movies.

So thanks to Kath Lockett over at Goofing Off in Geneva for throwing this my way. She put me onto it ages ago and it's been languishing in my drafts folder forever.

1. When and why did you start blogging?
I'd been enjoying reading many brilliant blogs for about two years from say, 2005 to 2007 until finally it occurred to me to give it a go myself. I was apprehensive about whether I could add anything to the blogosphere but liked the idea of having a creative outlet and an audience for it, however small.

2. What is your middle name and why did your parents select it?
Joseph. Apart from being a good old-fashioned Mick name, I think it must have just flowed with my first given and family names. And thanks to mum and dad for making it happen that way. Flow is important where names are concerned. When we were choosing names for Moe; Larry; and Curly there needed to be no alliteration, and nothing that would sound funny when put together, like Evel Knievel or Loudy Tourky.

3. Toilet paper folder or scruncher? Provide your reasons
Probably a combination of the two depending on my disposition and the type. 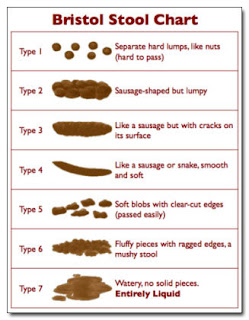 You're sorry you asked, I know. But if you're reading this on the toilet, I hope you're in the Type 3 to Type 5 range.

4. What do you do at home when everyone else is out?
Play MY music. At MY volume.

5. You've been given five hundred bucks (two hundred and fifty quid, say) to spend on nothing useful and just your self. What do you do with the cash?
Amazon, folks. Five hundred bucks would clear my wish list out very nicely. I've listed mostly albums I've always wanted to own but never got around to buying and DVDs of my favourite rock artists.

In particular, The Complete Monterey Pop Festival, which is a 3-DVD expanded edition of the film Monterey Pop (1968) and includes the original Monterey Pop release and another disc containing the complete Otis Redding and Jimi Hendrix performances plus a further disc featuring artists and performances that didn't make it into the original film. I already own it but I loaned it out to someone a couple of years ago and can't remember who. 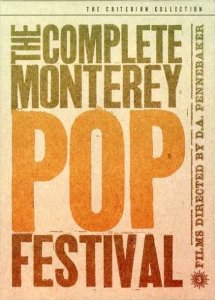 There is also a DVD set of The Caesars, a 1968 BBC series that closely follows Robert Graves' I, Claudius, that I've had my eye on. 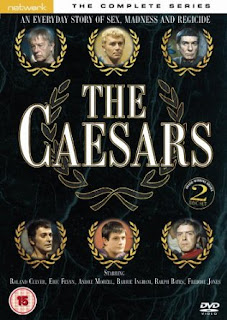 6. It's finally come true. One of the "five celebrities you're allowed to sleep with" has walked into your kitchen and is up for it. Who is it?
This assumes we're in a parallel universe where I'm both single and unencumbered, right? Okay, it's probably way too obvious but the one making goo-goo eyes at me from the kitchen doorway while I'm busy unloading the dishwasher is Jennifer Love Hewitt.


7. Name one famous person (so that all our readers know who it is) that you think 'has their shit together'. Explain why.
This is difficult, but only because I think there are many worthy candidates. Just at random, I'm going to nominate film director Martin Scorsese. There's his ultra-impressive and profoundly influential feature filmography going back to Taxi Driver (1976) through to Shutter Island (2010) but it's easy to forget that he's also helmed exhaustive, beautifully rendered documentaries such as A Personal Journey with Martin Scorsese Through American Movies  (1995); The Blues (2003); and Living In The Material World (2011). Two brilliant careers in one.

8. What makes you get out of bed in the morning?
There's a clock-radio next to the bed that ushers in the new day for me. I'm alternately grateful and resentful for the invention of the snooze button.

9. Who would you like to smack in the face, publicly disprove all of their stupid opinions and freeze their bank accounts?
I'll eschew the personal violence and attempt at impoverishment. But there are just far too many extreme right-wing lickspittle commentators infesting the Main Stream Media in Australia, particularly News Ltd and commercial talk radio. And I would so like to see them all come a complete cropper that to pick one at random seems almost unfair. However, Brendan O'Neill will do very nicely for the moment.

Certainly, this self-styled "contrarian" (and it's a very selective form of "contrarianism") is a dream come true for neo-conservatives, and it's simply a serendipitously delightful coincidence that all of his opinions, every single one of them, on every issue, no matter what it is, err on the side of advancing News Ltd's interests and prevailing worldview.

And err he certainly does: the first time I saw him on ABC-TV's QandA he likened the Leveson Inquiry's investigation into phone hacking by the News of the World and other News Ltd outlets to the Nazis' persecution of Jews. That should have been the end of the ratbag's sojourn in Australian public life, dismissed as little more than the political equivalent of a front-row soccer hooligan. But he got off lightly by comparison with others who try to use the Holocaust as an analogy.


Which brings us to Brendan O’Neill’s bizarre claim on QandA that criticisms of Murdoch were somehow equivalent to a Jewish hate campaign. O’Neill’s strident defence of extremist commentary on the Right ignores the obvious historical fact that Hitler’s rise in Nazi Germany was supported by some right-wing media owners.


Unfortunately, this clip concentrates on Stephen Mayne's rundown of News Ltd excesses and concludes before the audience's opprobrium at O'Neill's particularly stupid analogy becomes apparent. But no-one should have been surprised.

O'Neill and his ilk see themselves as brave bulwarks against the evils of political correctness, valiantly tilting at the windmills of the insidious left with only the collective resources of a rapacious, spiteful and vindictive multi-national media organization to back them up.

10. Low slung jeans on boys - how do we eradicate this disease?
I must have mellowed quite a bit. The latest clothing, hairstyles, slang expressions, you name it, they're all like water off a duck's back to me these days. Because as a fashion statement, they're transient, like all fads.

My worry is what happens when tattoos go out of fashion. Still, it's not like they're permanent or anything...

11. Tell us about an invention for the home that we desperately need.
I've given this some thought. A Fuck-Up Warning Light and Siren™, suitable for indoor and outdoor use, would be very handy at my place.

There is already a half-baked version of this operating inside my head. You see, having committed numerous atrocities against home maintenance over the years, I have developed a useful sense of self-awareness. The warning usually kicks in when I reach a point in a task like, say, drilling two holes in sheet metal a precise distance apart, with little margin for error.

I’ll realize the potential for fuck-uppery as it approaches, and go away and have a cup of tea while I contemplate how I might sidestep the looming cock-up.

More often than not, this approach means I narrowly escape making a balls of whatever enterprise I’m engaged in. So when fuck-ups do occur, I can rationalize them as being statistically insignificant and therefore both unforeseeable and unavoidable. And live harmoniously with their consequences.

The major issue with all of this is when I just sail right on, not realizing until too late that I’ve entered the Republic of Fuckupia’s territorial waters. Hence the need for the flashing light and wailing siren.

Hope that's okay. Thanks for the heads up Kath!
Posted by Lad Litter at 01:12

Hey Joe, you really made Kath sorry she asked Q#3 but I loved going to Cracked.com and laughing hard. Creator Harvey Kurtzman was at MAD and today The Guardian obit for Billy Sol Estes finally explains to me why MAD referred to him so often in the 1960's (when young Australian readers had no reference available to clear up the mystery).
Agree on Jennifer Love Hewitt - how many times have you watched HeartBreakers? - and I would like to see her video singing I'm A Woman. It used to be va-va-voom, now it's va-va-jazzle.

That obituary on Billy Sol Estes was really eye-opening. I’d never heard of him, despite having read quite extensively on the Kennedy assassination and associated conspiracy theories. You could probably make a case for him personifying All That Is Wrong With America. I’ve no doubt Mad Magazine did.

Cracked has done well to keep the satire going and their Mythbusters-Meets National Lampoon house style really hits the spot for me and, I hope, a mass market too.

Heartbreakers – not a great film but with J Lo He and Sigourney, I couldn’t pass it up.

As usual, you’ve given me food for thought and not a little inspiration.

This is from memory: Harvey Kurtzmans CRACKED began with a photo-comic about a guy who played with his daughters Barbie while the family slept. The Mom was Gloria Steinem and the Dad was John Cleese (who comments at the Guardian, mainly on sport, as Jack Cheese, his actual name). from the moment I saw my first MAD, in 1963, I realised there was a world beyond my parents. They constantly referred to Billy Sol Estes and it mystified me.
Bless you Bill Gaines.

I loved Heartbreakers and its twin Dirty Rotten Scoundrels. Anything with Gene Hackman is worth the admission.