You Can Run But You Can't Hide II

The investigation into the complaint I made against Michelle has concluded. Her response to the complaint consisted of a denial of the allegations I made in the previous post on this. The statement fom Colin, the only other person present, apparently doesn't confirm the allegation. In Michelle's case, it's downright dishonest, and to be fair to Colin, he might not have been able to hear her clearly, so quietly was she speaking, and his memory was probably drink-affected. So that's that, although I have been offered mediation, something I'm sort of half considering. 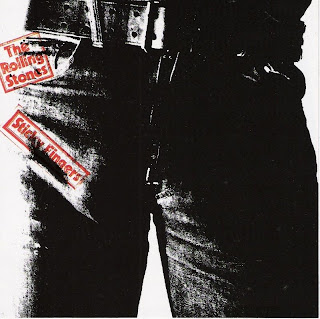 But only half considering. Mediation implies that there is middle ground here. I don't believe there is. Michelle deliberately set out to attack me and I'm not interested in having that watered down. I certainly don't feel like compromising or adopting a let's-agree-to-disagree-stance on the matter.

Let's back up a bit. Bring you into the picture. It was a fairly warm night at the end of year function and the Federation Square locale lent itself to making everyone feel pretty relaxed and comfortable. I'd managed to MC the awards part of the evening on behalf of the social committee without drowning in flop sweat and even got a few laughs out of the crowd. Everyone was pretty pleased with how things had gone. And I'd enjoyed it too.

What I'd feared might be something of an ordeal had actually gone over pretty well, so I could relax. And I think you all understand the state ol' Lad prefers to be in to do that. I smoked a couple of little spliffs in quick succession and felt great. Self-contained and comfortable, I stayed outside for most of the night and engaged with a passing parade of colleagues as they took in the fresh air and smokers and non-smokers alike botted cigarettes.

The actual incident has already been described in detail so I won't go over it again. As I extricated myself and headed off to meet up with some of the cricket dads at a pub near home, I thought briefly how fucking weird the whole encounter had been. I returned to it at different times over the weekend and it had me a bit worried. Was my workplace a bitch colony? Had a whole squadron of nasty types been bitching about me to Michelle during her family leave or was it something she'd come up with all on her own?

I thought Colin might bring the subject up on Monday but he didn't so I asked to speak to him on Tuesday. We went into one of the interview rooms and I had to jog his memory. I thought it was pretty clear on the night that Michelle was giving me the shits. He'd at least seemed to pick up on it while she was going through her character assessment of me, even if he might not have heard her exact words. I probably said way too much to him as he is a particular friend of Michelle's husband Jeremy, a lovely bloke who works there too.

I told him:
1) I'd had experience with outright bitchery at a previous school and it had driven me out of there;
2) I was worried that Michelle might be representative of an unhealthy workplace culture;
3) That I might now appear to be wearing a bullseye for nasty treatment, from either Michelle or like-minded others;
4) That I now had prior knowledge of Michelle's nature, something that I would not be able to forget easily if Michelle applied for a higher position and I was on the selection panel;
5) That people who' had formal complaints against them upheld tend to spend whole afternoons crying in the toilets;
6) And that Michelle was fortunate I had been unaccompanied that night. TLOML might well have torn the tacky tattoo off her chest and shoved it down her trailer-trash throat.

Colin said he understood how shitted off I was and that he would, if I lodged a complaint, make a statement that would support my version of events. So much for that.

I needed to consider this carefully. So I asked the union rep if she had a minute for a quick chat.
Posted by Lad Litter at 15:04

How many bloody 40-year-old Michelles are there. a lot.

and Jeremy? he could be the key to this - maybe she was shitty he didn't get the MC job.

keep your head down; as Her Majesty said to Paul Burrell: "there are dark forces at work here we can't understand."

AOD:
Michelle is an approximation of her real name. I use the Power Without Glory convention of ascribing the same initials and similar sounding names to the real people depicted here.

I'd love to get up to Bendigo on the 18th and am trying to create some time and space to enable it to happen.

Nasty business, Lad! I was the target of some workplace bullying recently (not quite so overt as this lovely speciman you've crossed paths with though) so I'm in sympatico with whole unpleasantness of it. But seriously, wouldn't you just like to know - 'WTF is her problem?'. I've never understood what motivates people to unprovoked nastiness. B.I.T.C.H.

I just read your other post on this Michelle.

She sounds a nasty piece of work.

A real viper in the nest. You shouldn't have to put up with crap like that, drunk or not. And yes, it's unsettling once it's been said.

Blakkat:
I hope your workplace situation has turned out okay. It's never pleasant and always so bloody unnecessary. I hope this serves as something of a wake-up call for her.

Crushed:
Yeah, thanks it was a bit of a spin-out for me. Who does that sort of thing? She's got more issues to work through than I have, that's for sure.

Faarrrrk. I hope the union rep comes through for you, LL. I get the feeling dear Colin simply doesn't want to rock the boat. But rocked it must be!

Miss D:
Yeah, you've nailed Colin's position, I think. Just one more post to fill in all the blanks.

Well I'm going to go slightly against the grain on this one.

But first I'd say I'm sympathetic to people who suffer various workplace nastiness. I've had my share. And some of it has been framed in a way (character assassination) out of 'concern for Ed' which is actually twice as fucked as outright bitchiness.

Okay, so it is at a work function. You have admitted yourself that you were toasted that evening. All for smoking some green occasionally dude, but never at work function.

Not saying your judgment was impaired but one side effect that we'd both know is paranoia. But sometimes this is actually just becoming more sensitive to various social undercurrents at play, so this is a hard one to gauge.

Then there is the nature of the remarks. Is it at all, even remotely, that she was just trying to be clever?

Would she had taken your "deflections" to Colin as you being - abrasive/sexist/rude towards her?

Then there is the issue of Colin. Was this attack because of her trying to impress him?

If Colin is a friend of Michelle's husband whose version of events do you think he will collaborate with?

Will you going after her - as the NEW guy - serve you in the short/medium/long term?

I dunno man. I'd be thinking of just letting this slide. Sure take it as strike one against her. But escalation? You'd have to be sure about whose got your back.

Ed:
Appreciate the devil's advocate perspective in your comment. Most of what you've argued is what I was mulling over (no pun intended) during the weekend after the function.

You're probably right about having a choof at a work function but drinking is just too meat and potatoes for me when it's party time. I believe I'm discreet and have the paranoia under control.

She had definitely "had a few" but I'd only drunk the odd glass of champagne. And it was most assuredly a case of Michelle trying to be clever but I couldn't escape the conclusion that it was an attempt to put me in my place, as it were.

Previous experience with this sort of thing tells me it has to be nipped in the bud, either through assertiveness on my part, or through the complaint channels.

I'm inclined to overstate the case when being assertive which then makes it look like one of those personality clashes where both sides are to blame. I can only guess at her motivation but it is unusual for a person to give someone they hardly know a detailed, unsolicited character assessment, wouldn't you think?

I'm not crazy about the possibility of being an easy target for her from here on. The risks involved in letting it go outweigh the possible backfire ramifications of taking the matter further.

Thanks for the unique point of view, which I'll try to address in the concluding post.

Sounds a little she was trying to play amateur psychologist alongside trying to assert her power as an "older" employee than you. Hows that sound?

Agree with asserting oneself, but maybe try to do it in a way that does not paint a target on you as either a "troublemaker" or as a "malcontent" or worse... But if you feel like there is already a target on you for some reason then...ramming speed captain!

Well, I'll have to be honest, I think she was just trying to be an absolute nasty bitch. You can't equivocate, they'll have you for breakfast.

hope you are having some peace this week LL
here's a good link to a Melb blog:
Mrs Barrassi's hypocrisy

I hate bitches at work! She sounds like a particularly sneaky one. Good luck LL!

AOD:
This week's been fine thanks, except I'm back at work. Ta for the link.

FF:
Thanks for the kind wishes. She's a nasty piece of work alright. With form too. I'll need some luck.

In my old place of work, the students had a 'teacher hit list', teachers for whom they'd make life miserable. I was never on it but held enough sway to find out who was. I could find their numbers for you...

Miss D:
Yeeessss! My very own vengeance squad! Thanks but I'll continue to adopt the IRA principle for pathologically nasty people. No silly, I don't kneecap them: I...Run...Away...!!

Blog love for you at mine to cheer you up if you so wish.

Miss D:
I do, thanks very much. Blog love is easily the second best kind.