I don't disparage memes. They sometimes take you into areas that your posts might not. This one is from the delightful Vancouver BC blogger Meghan, over at Blog Voyeur. I'd say here's lookin' at you kid but I get the impression she's the sort of standout person everyone would be looking at anyway. 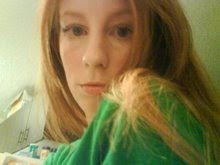 1.) A lot of your blog posts have large gaps of time in between them throughout the year. Do you have any particular reason for that or just times when you're not feeling very 'bloggy'?

Not feeling very bloggy is priobably the best way to describe it, now that you mention it. Nothing noble about it. I'm not prevented from blogging because I'm busy manning a volunteer refugee support line or collecting for Greenpeace or any of the other things I should be doing. No, it's mostly explained in the profile: "Just a lazy Melbourne bloke..."

Although, I can be a bit pedantic about posts, and so tend to keep it to just a few, because they take a bit of time for me. You see, I proofread over and over and keep changing a word here and there until I think it's just right. Not that you'd know it from the quality of posts here.

2.) Are you closer to the goal you set of having your band reunite for your 50's birthday?

Shouldn't be too much drama about getting the guys back together again. The other guitar player works in my building, I'm in regular contact with the bass player and even though I haven't seen the drummer in ages I know he loves a gig and would jump at it. As would we all. I'll start moving on it in about April for the November party and work on a song list.

One thing I've learned from doing this ensemble at work is that you can't just pick up your instrument and do it. Plenty of practice and rehearsals needed. I'd like to do around 15 songs to make it really worthwhile. We did 12 at my fortieth.

3.) Since you're a man with amazing taste in music (and a self-proclaimed rock snob!), what music would your perfect road trip cd include?

Oooohh, I love this question. It's a little like Desert Island Discs. The two albums I reckon I could listen to over and over again would fit on one CD so here they are:

Who's Next (1972) by The Who - Just a simply amazing album and an LP I've known intimately since one of my older sisters bought it when I was about twelve. Pete Townsend had originally conceived it as another rock opera a la Tommy but when that project proved unworkable the Who were left with just ten great songs.

Let It Bleed (1969) by The Rolling Stones - this arrived when I was about fourteen and it was my other older sister's boyfriend who gave it to us to mind, along with a whole lot of other great albums while he went overseas. The intro to Gimme Shelter had me hooked right from the word go and I've been a Rolling Stones fan ever since.

Any road trip would be enhanced by the presence of these two classic albums.

4.) At the risk of flogging a dead horse, did your crush on Siobhan die or are you just better at handling it now?

Just a mild crush, that one. I suppose three blog posts was overstating the case somewhat but I wanted to articulate strange new feelings and behaviours.

Not much change in the situation. She's just as charming as ever. We're getting along okay and the ensemble is giving us plenty to do and talk about. It seems like quite a healthy friendship.

Yeah, I'll be visting a hypnotherapist in the New Year to have a go at giving up smoking. Just cigarettes. I'll still be having regular spliffs, but I'll be cutting back on that too. Reserved for when I'm in good company, or lack inspiration.

I just hope I don't come out of the hypnotherapy believing I'm the reincarnation of the Emperor Tiberius or anything.

Thanks again, Meghan!
Posted by Lad Litter at 18:40

Good luck with the smokin' thing. Sedgwick succeeded so you can. Think of the money you will save.

re the band getting together:
watch Still Crazy AGAIN.
It's the film Bill Nighy should have got an Oscar for.

Don't forget to secure your pets before going out on NYE - more pets run away from home than on any other night.
mwah mwah

from Guugle news summary today, you are in good company-

If you come out of hypnosis clucking like a chicken, please tell me. I'd like to know if it's safe.

AOD:
Yes, quite an LP that Let It Bleed. I think Beggars Banquet; Let It Bleed; Sticky Fingers; and Exile On Main St represent a pretty good sequence.

I hope I can give up the smokes. It's just too inconvenient and expensive. Happy New Year to you and fingers crossed I can see you in Bendigo on the 18th.

Daisy:
If I cluck like a chicken, I'll make sure you're among the first to know about it!

I don't need hynotherapy. I am and always will be Bitch Queen of the Universe, bow to me, pissy little earthling.

JahTeh:
Hypnotherapy would be totally ineffective against your might, o witchy-bitchy one.

Thanks for doing the meme, great answers :)