You Can Run, But You Can't Hide I

Merry Christmas and best wishes for the new year to everyone. 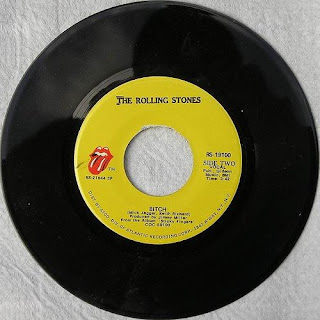 This is a letter I had to write to the CEO of the organization I work for:

I’m bringing an incident involving myself and Michelle McClennan to your attention I informed my Manager, Rae Newcombe, of this incident on Wednesday 10th December after some careful consideration. I ask for your assistance to resolve this issue locally.

The incident took place at our end of year staff function on Fri 5th December:

At around 11pm I returned inside the venue to say a few goodbyes to people and approached Colin Ginty, who was in conversation with Michelle McClennan. I shook hands with Colin and thanked him for his efforts on the Social Committee. Colin returned the thanks for my agreeing to MC the awards segment of the evening.

It was around this point that Michelle began speaking to me and went into some detail as to her assessment of my character. Her conclusion was that I was an attention-seeker of little substance with a poor work ethic who tries to get by on personality in order to mask these shortcomings. I was quite shocked by this and tried to deflect her by thanking her for the career advice and turned away towards Colin.

She then commenced a monologue that seemed to be outlining my psychological profile, positing deeper problems she felt I may have which cause what she had described earlier. Again, I attempted to deflect rather than confront her by complimenting her on her grasp of psychoanalytic theory and turned away towards Colin once more.

I am unable to give precise details of what she actually said because I was a bit shocked by what I took to be an unprovoked attack on me. I was also somewhat transfixed during the conversation by the tone of voice she used, which I can only describe as very nasty, cat-like and reminiscent of that used by upper-primary school girls when they’re being particularly cruel to each other.

With a little help from Colin, I was able to cut her off by turning the conversation to another function I would be on my way to afterwards and said a final goodbye to both Colin and Michelle and left. I noticed what I interpreted as a fairly smug, self-satisfied look on her face as I turned away.

I hardly know Michelle at all, beyond the type of greetings and small talk I might engage in with any staff member with whom I don’t work directly, and she also took family leave not long after I commenced in mid-July, so there’s been very little interaction between us. I have neither said nor done anything that could possibly have generated any personal animosity between us, nor had she, up until this incident occurred.

I believe we have a very healthy workplace culture here with, from my observations, almost exclusively positive interactions between staff, so I’m still somewhat shocked by the nastiness involved in this. I’d like to be confident that this incident is a result of a series of poor choices made by a single individual and is not representative of tendencies to be found in other staff members.

I assert that this incident constitutes action taken within a work location that directly affects an employee that the employee considers is otherwise unfair or unreasonable and ask that it be investigated and, if proven, action be taken to ensure that it does not occur again, either to me or anyone else.

oh Jesus Mary and Joseph ... and the donkey they rode in on.

She was drunk. clearly.
I hope Col is your mate and witness, BUT, having studied Human Resource Management as part of a business degree, I would recommend only the recording of the incident, and keep it from Ant until The Next Time.

and for godsake I hope she don't smell the thing that I thought was gonna be the problem at the office breakup. she will use that against you.

I'm praying for you.

But really, isn't there just always ONE In Every Damn Office to bugger it up.
There's one in every band too.

WTF? Who does that?

I have to admit LL, I'm sitting here flabbergasted. I hope for her sake that she was drunk, but even then her actions are still reprehensible. Maybe she's a crush on you and without even knowing it you rebuffed her, causing her to act like a er, cow? In which case that would be understandable at the age of oh, THREE!

Part of me is with Brownie on this one as to whether to just keep it recorded or to take it further. Has your manager made any moves to resolve it?

I can feel your hurt - hearing that sort of stuff, regardless of how baseless, is humiliating and crushing. I hope her husband calls her fat.

AOD:
I found it pretty extraordinary at the time and even thinking about it afterward. Looks like I'm wearing a bullseye for a particularly nasty type.

Miss D:
WTF indeed. I couldn't imagine anyone close to me even approaching that level of nastiness, even when provoked, let alone just out of the blue. Hope she's one of a kind or else they might start lining up to tell me home truths. There's a follow-up coming...

She clearly forgot to take her anti-psychotic meds. It's not you - it's her. (On a more serious note, I'm glad you're being proactive with handling it.)

Daisy:
Thanks. Yeah I thought I'd put it all through official channels at arm's length from me because I was fearful of mishandling it. She's one of a kind, I hope.

Deary me. How unpleasant for you! Yes, she was obviously drunk and delusional. And perhaps jealous? It's impossible to unsay nasty words when they've been said. I hope that this can be resolved somehow.

LE:
Here's hoping. I'm still leaving the door open a just a crack for mediation but I'm concerned I might mishandle the conference part of it and end up in trouble myself.