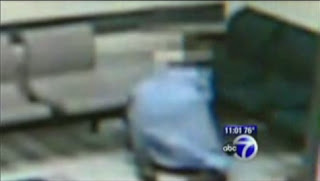 You’ve probably seen the footage on the news. The CCTV from the Kings County Hospital in Flatbush, Brooklyn, New York City, which shows a 49-year old black American woman dying on the floor of the waiting room. It’s here. The TV News in Australia described her as a psychiatric patient who had already waited 24 hours for unspecified treatment and that the other patients in the waiting room, who ignored her for the whole hour she was dying unattended, were also psychiatric patents.

You would also have seen how she was observed and successively ignored by: a security guard; a doctor; another security guard – that’s right, the one who rolled his chair back to have a look and then rolled it back out of frame. And of the nurses who finally did come to her aid, one gave her a bit of a kick before bending to check on her.

The news you saw probably also had a New York public official saying something like:

“You might expect something like this to happen in a Third World country. You do not expect this sort of thing to happen in New York City.”

I disagreed with her. I’m not totally surprised that something like that happened. And I’m also not surprised that it happened in New York. I thought that the American cities I visited in the mid-80s all looked a lot more like Third World countries than I was comfortable with, including New York. I think there might also be quite a few Americans who are similarly unsettled by the nature of American cities.

And if there are any of you out there who’ve also been to New York City, you might just have picked up the same vibe from many of its inhabitants that I did.

That people seemed to be predisposed towards being deliberately unhelpful. And further, would even appear to take some deadpan pleasure in you being disadvantaged by this unhelpfulness. Always politely, of course.

Some of it was epitomized in the TV show Seinfeld: In scenes where the main or other characters would delight in or be dismissively uninterested in someone else’s misfortune. And then when the plot resolved and some disaster had overtaken the indifferent, their despair and pathetic pleading for assistance. I picked that recurring motif as very much a New York thing. In Australia, it appeared to be perceived as a combination yuppie Gen-X thing. The final two-hour episode was probably the quintessential example of what I’m talking about here.

Now, I’m happy to cop a roasting on this, particularly from any Americans who don’t see it as an indictment on New York or America anymore than backpacker murderer Ivan Milat reflects Australia. But that’s just it. He does reflect Australia. If you’re able to, check out some of the statements attributed to him by people who encountered him and tell me they’re not (admittedly) extreme examples of attitudes to women and crime that are not entirely rare in Australian males.

The indifference and deliberate inaction of those officials in the CCTV footage towards the dying woman is an (again admittedly) extreme example of attitudes you would not find altogether uncommon among New Yorkers.

We should be shocked, but not surprised. 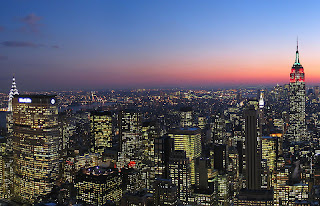 I did not see the story, but would the US be the only first world country without a reasonable public health system? I recall Hilary tried to introduce one but failed.

I didn't see the clip, Lad, but I'm not a big television viewer. I wonder whether, in larger cities, the view is to stay uninvolved in any situation that might cause trouble or inconvenience. I can't see something like that happening in a smaller city like where I live (because everybody is in everybody else's business), but you never know, do you?

Unfortunately with videofeed and cellphone cameras now it's a bit harder to ignore the parts of society/health care we don't want to see.

Andrew:
I think Hillary's idea (and this was when she was First Lady) was a universal health care scheme similar to Medicare.

Daisy:
I agree with you. It's probably perceived as a big city phenomenon.

Meghan:
Nowhere to run, nowhere to hide. Nowhere to even roll your swivel-chair!

I'd say the same of our cities too, LL.

I don't think health professionals set out to be indifferent or uncaring - year in year out of abuse, stupidity, wickidness demonstrated by the people they serve coarsens them.

That was a good balanced post LL, it encapsulated what many view in their day to day lives of the indifference shown to others.

I absolutely agree. I'm never surprised when such things happen in the US. Everyone knows they have one of the worst health systems in the world. There are many poorer countries way ahead of them.

What does surprise me is when people are surprised about such things.
I mean, these people aimed to test nerve gas on Queenslanders...

"And further, would even appear to take some deadpan pleasure in you being disadvantaged by this unhelpfulness."

The expression 'Have a nice death' repeated ad infinitum and without the slightest conviction, accompanied by a big cheesy smile, springs to mind.

The richer the country, the worse its underclass are treated. After all, one doesn't get rich by being generous.

E-K:
Depressing, isn't it? Developed countries have so much to be proud of and at the same time so much of which to be ashamed.

Geoff:
Even indifference can be malevolent. Glad you're back. Will be checking out your clips as soon as I'm on Broadband (Thu)

EB:
Pretty basic human right, decent healthcare you'd reckon. And according to the US State Dept archives, we begged them to let us have the bomb back in the 60s!

BH:
In the Kinks song Victoria: "...come and see, how the rich were so mean." A lyric that will always be topical, I'm afraid.

As an American who works in public health, may I comment? Our heads are shoved up our collective asses. Blind patriotism nurtures greed. That is our big problem. Most of us believe bone-deep that this is as good as it gets. Smaller communities may appear protected, but a psych bed is a psych bed. Their psych, chemically-dependent and trauma cases are shipped to the major metro areas. Out of sight, out of mind as they say.

I lived in NYC.

It really isn't that bad. Yeah, there are isolated incidents of horrible human behavior. But there are also decent people.

People do seem busy and preoccupied at times. I'll give you that. But I got the same feeling in Sydney when I was in the CBD. In other places, Australians were very friendly and helpful.

People are in their own world.

It can make you feel lonely and isolated.

I think what happened to the woman though is a freak thing. Or maybe it's a medical thing. I did do temp work in a NYC hospital and it was AWFUL. The doctors and staff treated me like crap and they treated the patients like crap.

It could also be more about American medicine than about NYC. I don't know how it is in Australia, but the medical community in America can be very cold and uncaring. I've read many horror stories and have experienced some.

Lucy:
Thanks for stopping by and your insider's perspective on the public health issues. There are no votes in mental health and when something bad happens, it's treated as a law & order issue rather than one of public health.

Dina:
Welcome. Spot on about Sydney. I agree there are parallels with NYC: extreme beauty; and extreme ugliness too. Healthcare costs in the US far exceed ours. When travelling there, I had full insurance.

That is so sad, and makes you wonder how many more people die that way, without security footage to capture the tragedy.

hi mate, this is the canadin pharmacy you asked me about: the link

I really think I do not want to see that footage.

Steph:
Yes, it's the realization of our worst fears about the treatment of the mentally ill.

May I remind Australian readers that an undergraduate woman having a heart attack at a bustop outside Queensland Uni was ignored by people?
She was a Traditional occupant of this country and everybody claimed they thought she was just DRUNK and stepped around her.

Not NYC, but Brisvegas.

AOD:
Yes, clear point and the parallels between the African-American victim in my post and the one you've just cited won't be lost on anyone.

I don't know if you're still reading comments, but I'll give it a shot.

I did see that story and was horrified by it. Could it be that there are just so many people in the big cities (and the world, for that matter) that we become inured to the suffering of anyone we don't know personally? Especially if it is someone we cannot identify with in any way? Someone of a different race, age, class, etc? I have tried to imagine how I would have reacted if I had been in that dreadful waiting room when the poor woman fell. I really do *think* I would have reacted, and tried to get someone to help her. But would I have attempted to revive her myself? I know for darned sure that I would not have tried to give her mouth-to-mouth resusitation! But how could the staff of that place have even let her wait for over 24 hours without paying her any attention? There, but for the grace of god, go I, or you, or anyone in our strange, overcrowded world of selfishness and despair.

Thanks Madame Z. Their apathy makes us want to question our approach too. I'd like to hope I would have been over there like a shot and given her all the assistance my first aid training requires me to.

Like Anne, I too remember the aboriginal women at the bus stop in QLD. No CCTV footage, and she was aboriginal, so it only rated a mention on the ABC.

But we all too easily jump to conclusion these days, based on what we see in a blurry video. I don't want to defend the actions of the people around this woman if it is indeed as it appears to be, but I have been around a few psych wards (as a visitor) and there are a lot of people doing odd things like that all the time, as you would expect. I remember a guy who lay on the floor in the corner for hours, gurgling and shaking. I was initially concerned, but was informed by staff and patients that he does this every night after dinner (yes the food is that bad) and if you go to "help" him he would scream and swear and lash out at you, so everyone just ignored him. But if anyone saw that on CCTV, there would be an outrage and it would fill up lots of blogspace. I don't know all the details about the NYC "case" but it pays to keep an open-mind, especially when you hear it from the media, who profit from sensation and are more concerned with perceptions than the truth.

You make a very good series of points, Homo J. I wouldn't normally be in medal contention for conclusion-jumping but you're right, there might well be a bit more than meets the eye here. There's been no follow-up in the Australian press that I've come across. Perhaps some investigating is in order...