Philip K Dick You Were Spot On

I’m expecting some furious posting in the blogosphere following tonight’s excellent Four Corners examination of Second Life. Most other posts will be far more insightful and articulate than mine. And you can get another take on Second Life here. But I would mention about tonight's Four Corners that:

1. Ticky Fullerton’s report asked the questions I was thinking of;
2. She then asked a whole heap of questions that hadn't occurred to me;
3. That $7.50 virtual penis looked uncannily like mine;

But I was struck by how closely Second Life parallels a novel by prolific science fiction author Philip K Dick. 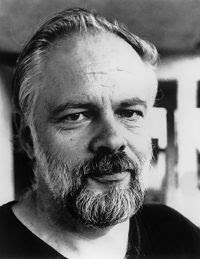 The Three Stigmata of Palmer Eldritch (1965) concerns a UN program of hallucinogenic drug induced proto Virtual Reality developed for the diversion of homesick off-world colonists. Users can take the drugs and then integrate themselves into Barbie-like model scenes that are more expensive the more lavish they are. Expensive scenarios become status symbols and characters deperately try to keep up with the Joneses. 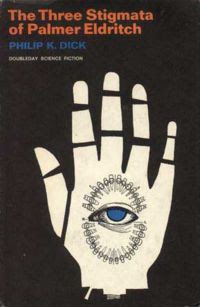 What a brilliant, visionary author he was. I think I even remember reading in Lawrence Sutin’s, Divine Invasions: A Life of Philip K. Dick, (Carroll & Graf, 2005) that he was thrown out of a sci-fi writers conference in about 1980 for heckling keynote speaker Isaac Asimov. One year later, after his novella Do Androids dream of Electric Sheep? had been adapted and would become the movie Blade Runner, he WAS the keynote speaker.

And I have something of a background in futurology myself. After all, during a 1982 sociology tute at uni, I correctly predicted that the following things would completely die out within a few short years:

"all, during a 1982 sociology tute at uni, I correctly predicted that the following things would completely die out within a few short years:

re Phillip K Dicks plotline: may I remind you of '3 days Of The Condor'? (Redford and Dunaway -in danger and in love)

the redford character's job at the STASI-type organisation was to read crime books and report plots that might be used in reality.

I love films where evabodee is dead by the end and that was one of them.

He is on the run and breaks into Dunaways apartment. ties her to the toilet so she won't reveal his presence and says
"don't worry, I'm not going to rape you or anything"
and she replies
"It's early yet".

god i love the movies.

Thanks for your thoughtful comment. Sociology is study of social interactions and consequences thanks to my lousy diploma. The prophesies are all to show how out of touch I was-am: like early computer experts who predicted not more than 100 computers world-wide. Hey, 3 Days was a fave film! Faye Dunaway says "The night is young" from memory. I used to fantasize about Max von Sydow shooting up my office while I was out getting lunch and going on the run. BTW, Rennie Ellis was a great photographer who chose great subjects:) Congrats!

I watched the 4 Corners and found it interesting, but am so utterly hopeless when it comes to science fiction and anything involving smart computing that it was a bit beyond me really. I did notice though how the creators all made their cgi characters much better looking than the flesh and warts versions.

Faye Dunaway says "The night is young" from memory.
WELL your memory is better than mine. I saw it once and that was the week it opened.

I used to fantasize about Max von Sydow shooting up my office while I was out getting lunch and going on the run.
OH I LOVE THAT.

BTW, Rennie Ellis was a great photographer
OMG you certainly did visit G.A.P.
R.E. was a LOVELY guy. I was a waitress at the Tolarno when I met him there.

re your karaoke post: the last 21st i went to was karaoke too.
I was stunned when an idiot picked a song to do THAT THEY HAD NEVER actually heard.
they should be tracked down and struck off the electoral roll doncha think?

Audrey - hahahahah! Yes they were gilding the cyber lily weren't they?
GAP - there are many kraoke crimes against humanity: you've named one; here's another: American Pie - too long, too hard for most - leave it alone;