A Tale Of Two Dates II

I waited a couple of days and then called to ask if she wanted to go out for dinner one night and suggested The Sea-Going Vegetable, a restaurant in Brunswick St Fitzroy. She did. So we picked a convenient night, the night of the first day of my holidays and I told her I’d pick her up at seven.

The die was cast.

The die was cast. I can’t believe I fucking wrote that. Yep, that’s me alright, Julius Caesar crossing the Rubicon to take Rome and receive the wildest public acclaim. Actually, that’s not too far off what did happen, metaphorically speaking.

I’d chosen the Sea-Going Vegetable for the date because I’d heard a couple of women at work raving about it and a few more expressing almost hysterical interest in going there. I reasoned that it must be intriguing to women and so they’d be keen to get there and might not be all that choosy about the company they kept. I tended to play the percentages.

My work break-up the night before had been a bit of a blast. I’d gotten absolutely stinko, still ten years away from sufficient self-awareness to realize what a dickhead drunk I was. The penny had dropped for everyone else. I slept until mid-afternoon, eliminating about four hours of nervous anticipation before my date with Lynette and so sat in front of the TV at my folks’ place (I’d moved back in there during the last week) before getting ready.

I didn’t dress up too much. Just jeans, elastic-sided desert boots about fifteen years out of fashion, and a tasteful shirt. I drove across the Yarra out to Lynette’s place in Hawthorn in my then car. A 1977 Fiat 132 GLS. I felt good about having a European car. And there’d be another four months of feeling good about it before I was to write it off in a stupid accident. But tonight that was beyond the horizon. The Fiat was smooth and comfortable and people seemed to like riding in it. 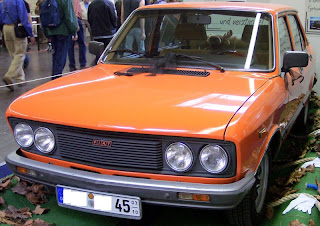 Did I mention that I didn’t really go to any trouble with my ensemble for the evening? Yes? Well Lynette certainly did. Leather slacks; soft wool jumper that did wonders for a figure that was already pretty wonderful; and high heels. She looked fantastic. I chatted comfortably in the lounge-room with her two housemates while she put on the finishing touches.

She liked the car. We drove in to Fitzroy and I found a park close to the restaurant. Walking up Brunswick St, a prominent District cricketer of the day whom I’d met a couple of times walked past with his girlfriend and stopped and said hello, even remembering my name. This was good. What with the car and the bumping into someone I knew who didn’t qualify for a homeless allowance, I thought I might have looked like I was sort of, you know, happening just a bit. Almost enough to offset the stench of the loser I felt was shrouding me after having to move back in with my folks.

Both of us must have been famished because we ate up big on seafood. And we enjoyed our meals. I’d inadvertently picked a good, appealing restaurant. I drank some wine and a little beer, but slowly and circumspectly due to the after-effects of excessive consumption the night before. Lynette outpaced me by quite a bit. And she talked.

Voluble and garrulous, she took charge of the conversation, and that was fine by me. I specialize in awkward pauses. She appeared to be out to impress me, which I found very reassuring, if a little unfamiliar. I let her talk and inserted the odd supportive half-sentence whenever it was unobtrusive to do so.

Nice legs. She was telling me how she liked men with nice legs, and wanted to know how mine measured up. I hinted that I’d heard the odd complimentary remark made about them, and cacked myself inwardly. Because it was true. Too easy. I hadn't had to lie about anything yet.

Her taste in music didn’t have much correlation with mine, but I managed to keep my inner rock-snob from coming out and spoiling everything like it usually did. When she mentioned going to two Elton John concerts and seeing Tina Turner at the Hilton, I commented on songs of theirs that I thought were good. I was determined not to ruin the ambience and up to this stage, I wasn’t anywhere near red-lining on the Fuckup Meter.

So later, we caught a few songs from a band I can’t remember anything about at the Faraday in Carlton, and mingled with a couple of mates who happened to be there with a group of friends. My mates mugged appreciation of Lynette to me while her back was turned. Very subtle, they were. I let them flatter me.

Back at Lynette’s place, a cup of coffee and some more chatting in her lounge room appeared to be a nice, tasteful end to a very pleasant date. I quite liked her and thought there might be a few more dates in it for us. We appeared to be wrapping things up, so I told her I’d get going and leaned over to kiss her goodnight.

Now, let’s just pause the action here a bit. I thought I’d done quite well and was looking to get out while I was ahead in order to keep things going into the future. You know, like the next weekend. The plan was to give her a kiss goodnight while I was still persona grata and then call her a couple of days later and try for another date, one where I might again be able to avoid fucking anything up. My plan, such as it was, revolved around not fucking anything up two dates in a row. That was a very cocky plan for me.

Which was about where she put her hand after the goodnight kiss had gathered some momentum. Both of us must have been famished because…. hang on, didn’t I say that before? Recurring Motif Alert.

I felt like Edward Hargraves. I’d hit the mother lode. She led the charge into the bedroom where the rest of the night was spent having very passionate sex with the most enthusiastic partner I’d been with up until that time. And she was very vocal. Equal parts Grace Slick and Sandy Denny, although she’d probably never heard of them. At one point, I looked up to notice an open transom window above her bedroom door, through which quite a bit of sound must have carried. Great. Her housemates might get the impression that I was a super-stud from the appreciation she was giving voice to. 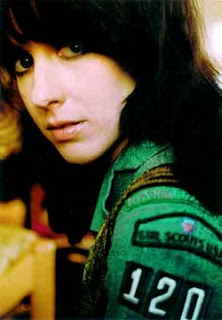 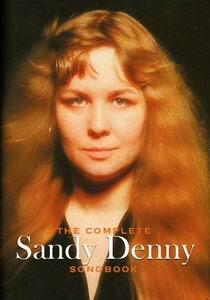 I had to throw my clothes on to go to the toilet midway through a brief period of dozing. I hoped I didn’t run into her housemates. The toilet was out on the back patio and I struggled with the back door lock but made it okay. Back in bed, she was pressed up against me half-asleep until soft grey light crept in.

You’d think it would have been a bit slower and more languid in the morning. Not a chance. We went at it again, hell bent on making up for lost time. Without actually having lost any. Like two people who might have been sexually dormant for some time, or who believe they’re having their last for a while. Or both.

She was going to be late for work so I dressed, casually mentioning my cricket club’s Christmas breakup do on the next Saturday night. I was expecting her to demur but she was all for it. So we kissed and said goodbye.

It had all turned out very well. Exceptionally so. And we had another date lined up.

What could possibly go wrong?
Posted by Lad Litter at 21:09

Yes! What could possibly go wrong indeed?! She turned out to be even more of a nymph than you first thought and she wore you out???

Am patiently waiting for part 3. :)

Dammit man, how long do we have to wait? These posts made large hanks of spit sail across my keyboard.

Mooiness:
We both know there are untold millions of things that can go wrong and will. Very soon.

Andrew:
Probably a credibility issue with the parking, but Brunswick St was a bit more studenty back then and less crowded.

Boo:
One hank of your spit arrived as an attachment at my hotmail address. The others might have bounced back.
The story is sounding Shakespearean. A tale told by an idiot, I mean.

Have you scored any runs lately Lad Litter? A ton after a big night of romance is a very positive sign. in fact it just about seals the deal with this lovely lady.

I've never really done the whole dinner date thing, it's not really how we do it here.

The pub is where you meet people, it's less formal- meeting up for a drink can be made to look as if it might just be a chat.

Still- it sounds like you have found Ms Right.

What could go wrong? You woke up with a raging case of Herpes? lolzz.

FDH:
The only innings of note by this specialist number 11 that season was a 23no in a 51-run last wicket partnership to win a semi-final. I'm still having the odd drink bought for me on the strength of it.

CBI:
She was both Miss Right AND Miss Right Now. I like the pub option. You can always just drift away if things aren't going well.

Steph:
Herpes. I've heard it described as the gift that keeps on giving. Merry Christmas to you and all you come in contact with.

Well you're telling the story, LL, so, tell us, what could possibly go wrong? exactly...

Blakkat:
I found a way to fuck things up is what happened, in essence. It's just another bad date post really, but from the other point of view.

LL, I am waiting to see how this could have gone wrong - thus far it seems like quite a success!

Normally I try to guess the ending to stories like these but as you're putting it so eloquently I think I'll wait!

Oh, this is a great story. I'm thoroughly enjoying it. Found you via Capt Smack! Cheers, S

Miss D:
You flatter me. The storm before the lull so far, I suppose. It's probably easier to write than to read! I'm sure it shouldn't take three long posts to nail a bad date.

Miss Smack:
Why, thank you. Haha, funny bloke that Captain Smack. This blog wants to be just like his when it grows up.