On Drugs I: Viagra

There, that should get me some interesting google traffic.

All of the above synonyms for an erection were obtained thanks to our good friends at thesaurus.com, plus some prior knowledge on my part.

I first used viagra, the commercial name of slidenafil citrate, in June 2005 and have used it once more since, in June this year. 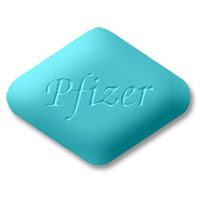 Now, let’s get some alpha male disclaimers out of the way first: I’m no softcock. I get wood. But just once in a blue moon, I come up short. Not often. Not over long periods, but it has happened. In a please-allow-for-shrinkage kind of way. The spirit has been willing but the flesh has been, well, weak. How many times? I can’t remember exactly but we both know that I would crack under cross-examination if it came down to it.

Let’s just say, about as frequently as the Rolling Stones have toured Australia. Four. And you could probably throw in Mick Jagger’s two solo tours as well to get nearer the number. Okay let’s say six.

So it wasn’t a matter of me needing desperately to use viagra, but rather a case of curiosity to find out what it might actually do. You’ve read the spam, heard the gags, now pop the pills.

It first happened when I was off work and on WorkCover. I’d been copping some fairly sustained workplace bullying from my two superiors where I was working at the time. Really nasty, what-fucking-planet-are-you-on bullshit. All related to my membership of and commitment to a union. You know there’s going to be a post on this. But the Reader’s Digest condensed version is that I felt under threat and shithouse and went on sick leave. The WorkCover claim was accepted without going to conciliation because it was such an open-and-shut-case of deliberate and systematic employee harassment.

While I was at home, I felt pretty fragile but not depressed, because I hadn’t done anything wrong. The GP offered to prescribe anti-depressants but I said no thanks, worried they might affect my capacity to have the odd choof. But then I got an idea. Why not ask for a viagra prescription? Our wedding anniversary was coming up and TLOML and I had booked ourselves into a plush hotel on Queens Rd for the weekend.

So I told the GP I’d had some performance issues. If anything, the opposite was true. Stress had seemed to increase both desire and performance. I was chasing TLOML around the house. 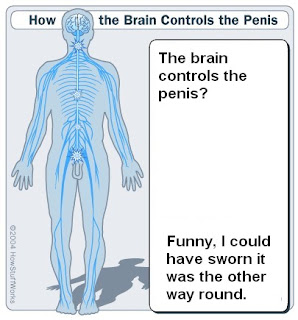 And so on the spur of the moment, just to see what would happen, I lied to my GP to get a viagra prescription. For scientific purposes, you understand. $74 lighter in the wallet I arrived home in possession of four diamond-shaped, pale blue tablets.

The GP had advised taking half a tab. Fuck that. I wanted the full effect. He also told me that I might feel hot flushes, headaches, and even possibly a little light headedness of the almost-fainting variety as side effects.

But I didn’t want TLOML to know that I was going to be performance-enhanced. Half of this was for reasons of scientific validity. The rest was fear she might be upset with me for not consulting her.

The big weekend arrived and mid-afternoon we checked into our suite six floors up with views over Albert Park. I went into the bathroom and took a tablet. Then smoked a joint while we drank complimentary champagne. The itinerary, typical anniversary fare, was quickly agreed on: some champagne and relaxation in the suite; upstairs to the spa and sauna; back to the suite for sex; more champagne; dinner in the downstairs restaurant; back to the suite for sex; sleep; sex on awakening; breakfast and then home.

It was going to take about half an hour for the viagra to kick in. At around the twenty minute mark, I lowered myself into the spa and immediately felt a pleasant warm flush all over. Then, what with the warmth and the bubbles and TLOML sitting opposite me with those big beautiful eyes in full bedroom mode, I was suddenly given the impression that I had the Washington Monument inside my boardshorts.

Luckily, we were alone in the spa so I stood up to give TLOML a quick peek at the bulge. I sat down quickly when the thought jumped into my head that there might be some CCTV for security and safety. We didn’t stay in the spa for long, just in case some other guests arrived and I couldn’t get out without giving anyone an eyeful.

The rest of our stay panned out exactly as described above. It was a very enthusiastic celebration of our wedding anniversary. And events matched the occasion too.

Anyway, here are some notes for usage, in no particular order:

1) Viagra is available by prescription only;
2) Viagra is ideal for recreational use. You get certainty;
3) The only side effect I experienced was the warm flushing, but that was not entirely unpleasant;
4) Viagra doesn’t give you an erection. You have to be aroused. But the erection you get is the real McCoy;
5) Viagra allows erections to be maintained and re-activated;
6) Viagra is supposed to have aphrodisiac properties. This is debatable. You’re already aroused and you’ve got a raging stiffy. That’s only going to intensify your libidinous urges. I’d be more inclined to ascribe a catalytic effect on sex-drive to viagra due to the enhanced erection it generates. Oh, I also experienced a feeling of increased energy during the actual fucking. Lil’ ol’ piston rod me;
7) You don’t get bigger. Sorry folks. But it does allow you to reach your full potential;
8) Half a tab is plenty. That should give you eight encounters per prescription. They’re pretty difficult to cut as the white interior is a bit crumbly once you’re through the smooth, pale-blue coating. I used pliers and a vice to snap the tabs in half. This needs to be handled very delicately. It didn’t break cleanly, but I didn’t lose any either;
9) There appears to be a fairly pronounced inhibiting effect on ejaculation. But you’ll have no trouble putting in the time and effort. This can be a good thing (long intercourse); and a bad thing (ahem, wear and tear). You would do well to keep a suitable lubricant handy;

During that stay at the hotel, I took one tablet in the afternoon as described above and one more in the evening after dinner. One for each session on the first day. But not in the morning after we awoke dreamily. Nope, no viagra required there.

BTW, there are such things as tablet cutters. I've seen them for about $14 at the chemists.

Indeed very interesting Lad. I can understand the appeal as a recreational assistant too. You can guess where there is widespread usage. Nice bit of honesty in your post too. I too have failed on that score, but I put it down to that what I was doing was wrong. If it doesn't work, it is not working. Sebel/Carlton Crest or Bayview?

Chai: Thanks. According to Wikipedia, It isn't segmented at the middle and the difference between the clingy pale blue coating and chalky white interior causes even dedicated pill cutting machines to have trouble.
Andrew: Thank you. Eden Bayview might be a bit cheaper than those others, but quite okay. Having sampled the product, I'd be very surprised if even the totally unafflicted didn't give it a go, and go on to use it semi-regularly.

How could you forget 'Mr. Happy'?

Jeez, 'bitch splitter' and 'yoghurt cannon', whatta turn on. That'll have the ladies running... away.

Mai, maybe only us ladies like to call it 'Mr Happy'. I recall drawing a smiley face on one once, he was def Mr Happy!

I have a query for those of you with a such appendages - and this post made it sound such fun I started wanting one myself. I was wondering if on those occasions that the flag is flying at only half mast, when Mr Happy is not so much happy as relaxed, not so much turgid as torpid; if this sometimes happens more with the ladies who are more important (hence performance anxiety or some emotions getting in the way) than the ladies who are just, um, useful for a night or two. Or could it just happen cause the guy tends to smoke or had a few too many?

So LL, how much has your traffic increased?

Mai: Thanks. I'll add the hilarious Mr Happy to the list. Angry is another adjective I've remembered, from the movie Body Heat.

Eleanor: Thanks for stopping by. Great question. Not really sure but half-mastings can occur (I'm told!) under the influence or not and no matter who you're with.

BC: Can't tell about increased traffic yet as I upgraded my template a week ago and I can't do a thing with it, including site meter! Should be fixed today.

No, Eleanor, I actually got Mr. Happy from Mani (husband). That doesn't sound quite decent, but you know what I mean.

The blue bomber is the diabetics delight and the dear nice person I know who got some, made the dreadful mistake of Afternoon Delight.
On a Sunday.

Of course the doorbell bloody rang.

The effect does not deflate when doorbells ring.
Very difficult situation.

and also:
Good onya for the romance of the big weekend - marriage has to be worked on. many couples forget that.

the bracketed final line is supposed to be above the 'and also' !

I was most definitely NOT suggesting that romantic hotel weekends should comprise padlocking.

The doorbell would have just kept on ringing at our place. I'd like that sort of weekend more frequently but it can be expensive.

FDA approved mens health medication viagra is not a drug to be taken lighliy you should read all about the pros and cons regarding the medication before you buy viagra!